You are here: Home / About Us / Robinson Smith 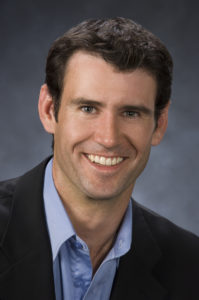 ROBINSON SMITH operates Smith Consulting Group Ltd, out of Sidney, B.C, on Vancouver Island.  Robinson has an extensive history in the investment space, both international and retail.  Robinson has a double major in Chinese and Economics from the University of Victoria and an MBA in International Business from Simon Fraser University.

After taking his father’s wise advice to study mandarin Chinese at the University of Victoria, Robinson spent a total of just over seven years studying and working in China in sectors as diverse as contracts with the Canadian Foreign Service in Beijing, project development, and investment banking where he served as Vice President for The Balloch Group, a boutique international investment bank based in Beijing founded by the former Canadian Ambassador to China.

Robinson joined his father, Fraser, at Smith Consulting Group Ltd. back in early 2006 when he returned to Canada from Asia in order to be closer to family (his mother missed him…) and began to take over the family business.  Robinson has since been advising hundreds of families on the implementation of The Smith Manoeuvre ™️ and there is no one better positioned to continue with the firm’s mission statement.

Sign up here for our quarterly newsletter with updates on tax changes which may affect you, case studies, FAQs, questionnaires, and more.