You are here: Home / About Us / Fraser Smith 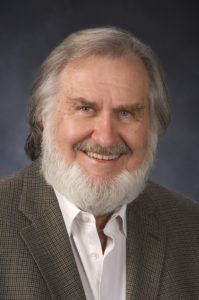 The Man behind it all, FRASER SMITH was a financial strategist based in Victoria, British Columbia. He pioneered The Smith Manoeuvre ™️, a ground-breaking, legal strategy that enables ordinary Canadian homeowners to make their mortgages tax deductible in a simple, elegant, and affordable way.

In 1981, Smith and partners founded the Granville West Group, a prominent financial services entity in Vancouver. In 1991, Fraser went on to form the Smith Consulting Group Ltd. and KittyHawk Securities, and practiced financial planning until 2002.

As a financial planning strategist, Smith saw that many of Canada’s wealthier citizens, with the assistance of expensive tax accountants and lawyers, were deducting the interest on their house mortgage loans. Smith also knew that because of complexity and cost, these kinds of practices were not available to Canadians of average means – the other 90% of the population.

He also saw that too many Canadians were waiting until their mortgages were paid off before they started to build an investment portfolio, missing out on years of compounding interest, and putting themselves in the position of being house rich and cash poor in retirement.

With this in mind, Fraser set out to learn about the rules of tax deductibility. He already knew that wealthy Canadians were manoeuvering their debt and taxes to deduct their mortgage interest and build investments. He was certain those tax tools could also be employed in some way by mortgage holders of modest means, and he was right.

Upon retirement from the financial planning business in late 2002, Smith decided to write his book to extend the benefits of The Smith Manoeuvre ™️ to all Canadians with mortgages. It is his gift to over-taxed, hard-working Canadians.  Smith passed away in September of 2011 but the legacy lives on in his son, Robinson, who manages the business and continues his father’s Mission Statement: “To give every Canadian with a mortgage the opportunity to say ‘Yes’ to the question, ‘Would you like to make your mortgage tax deductible?’”

Sign up here for our quarterly newsletter with updates on tax changes which may affect you, case studies, FAQs, questionnaires, and more.